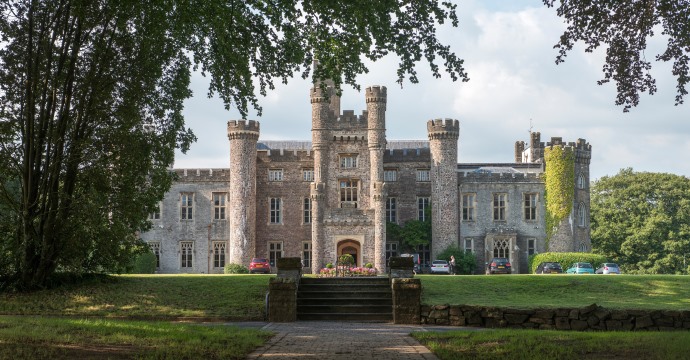 Hensol Castle in south Wales, which has been used as a set for acclaimed TV series Sherlock, Doctor Who and Torchwood, is reopening as an exciting conference venue following the first phase of a multi-million pound refurbishment by the Vale Resort, a HotelREZ Hotels & Resorts member. 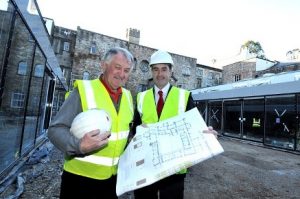 The 400-year old Hensol Castle, located within the grounds of the Vale Resort, is undergoing a £10 million make over, the first phase of which will include introducing conference facilities in the new purpose-built Courtyard Hall, capable of hosting 320 delegates theatre-style and 200 delegates banquet-style. The facilities at Courtyard Hall will be complemented by five smaller meeting rooms in the castle itself that can host between 10-100 delegates per room theatre-style, all of which will be available from April 2015.

Phase two of the investment will include adding up to 30 bedrooms as well as a top-end restaurant with 120 covers, expected to open by late 2016. Until phase two of the development is complete, delegates who use Hensol Castle from April onwards as a conference venue can stay at the adjacent Vale Resort, which comprises a 143-bed luxury four-star hotel, two championship golf courses, Wales’ largest spa, an extensive health and racquets club including a large gymnasium, pool, sauna and steam room.

Meanwhile, the 17th century castle has original architecture, turrets, gothic towers and feature staircases, and its restoration is being completed in close association with the Vale of Glamorgan Council and CADW, the Welsh Government’s body responsible for preserving Welsh heritage.

“This is a really exciting investment for the Vale Resort and another significant milestone for us as a business.The conference and event market is an important revenue stream for the Vale Resort, currently representing 25% of our business, and we anticipate significant growth in this sector on the back of this project.

The historic Hensol Castle gives us another string to our bow by providing an alternative option from our current contemporary offering at the Vale Resort. Event organisers can now choose from two very different venues that offer a combined total of 18 conference and meeting suites.The real selling point for Hensol Castle is that it can be hired exclusively, which makes it highly attractive for organisations who want to conduct their meeting or event in complete privacy.”

Dating back to the 17th century, this Grade I listed castle is steeped in history. Its previous owners include Samuel Richardson, who is credited with introducing the threshing machine to the world of agriculture and “Big Ben”, Sir Benjamin Hall, who oversaw the installation of the clock tower at the Houses of Parliament, which is apparently named after him. The estate was purchased by the Leekes family, who own the Vale Resort, in 2003.

“Interest in Hensol Castle is extremely high and we’ve already had a number of enquiries from organisations keen to book from April onwards. Since opening Hensol Castle as a wedding venue last year, our wedding business alone has grown by 75% by 2015, and this bodes well for how the conference business will be received.”

Outlook for 2015: The Year of the Independent Hotelier

Why Hotel Guests Love Storytelling (And You Should, Too!)