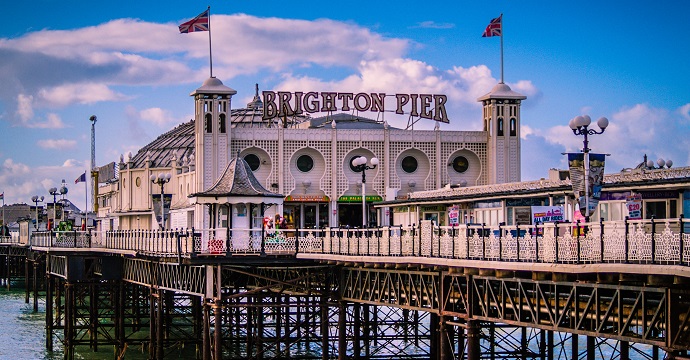 Every month VisitEngland™ publishes the England Occupancy Survey (EOS), which uses a measure of bedroom occupancy across the serviced accommodation sector – from large hotels to small B&Bs and farmhouses – and across the country.

RevPar – which measures the total room revenue divided by the total number of available rooms – also increased by 1% in both the first and second months of the year, at £54.35 and £63.89 respectively, when compared to 2017.

Occupancy by region saw the largest shift coming from the East Midlands, West Midlands and South West with a 2% increase in January, and Yorkshire & Humberside with a -3% decrease in February 2018. All other regions in England remained relatively unchanged.

Looking at room occupancy rates by establishment size all categories remained relatively unchanged, except for the 26-50 rooms category which increased in January 2018 by 2% to 62%; as well as the 1-25 rooms category which decrease by -1% (60% room occupancy) and -3% (68%) in the first two months of the year. Given the likelihood that smaller sized properties will not be part of a hotel chain, one can generalize these results as fitting with the independent accommodation sector. 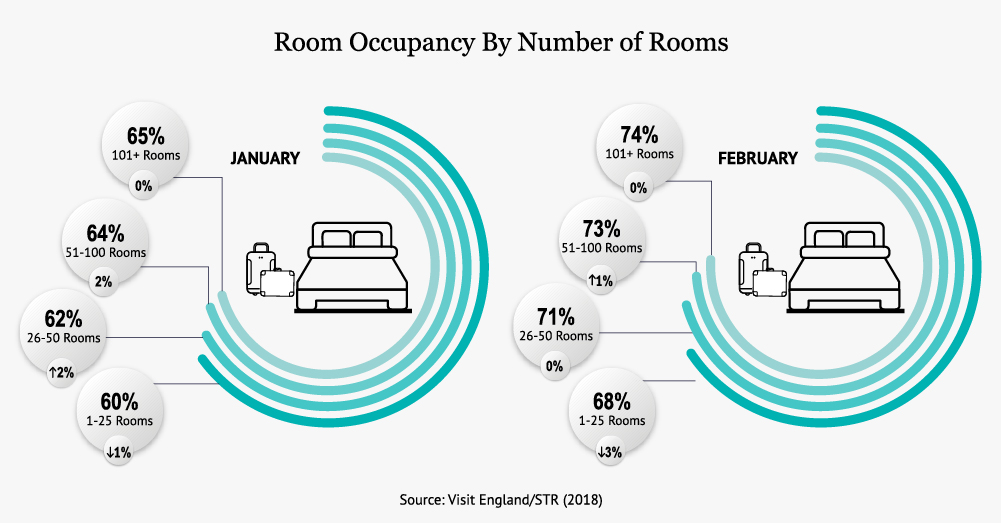 For more information on the England Occupancy Survey and to download the fully monthly report visit the Visit Britain website.

Photo by Darren Coleshill on Unsplash