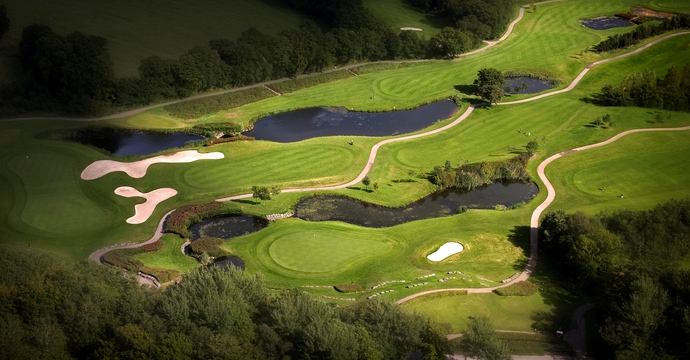 The Vale Resort, one of the finest resorts in Wales and a member of HotelREZ Hotels & Resorts, is gearing up to welcome some of the greatest names in golf as official associate hotel of the Senior Open Championship Presented by Rolex, which takes place from July 24th to 27th.

A host of golfing icons including Ryder Cup stars and Major winners will be staying at the resort for the duration of the prestigious championship – the first Senior Major to be held in Wales.

Those who have already confirmed their places in the field include current US Ryder Cup Captain and eight-time Major winner, Tom Watson, European 2010 Ryder Cup Captain, Colin Montgomerie; two-time Masters Champion, Bernhard Langer, and the winner of the recent Spanish Open, Miguel Angel Jiménez, who became the first person aged 50 to win on the main European Tour.

“The Vale Resort has excellent experience of hosting sporting professionals, as the official home of the Wales rugby team, Cardiff Blues and Cardiff City FC. We regularly host premiership football teams including Manchester United and Liverpool FC, and our facilities were used for training camps by the Trinidad and Tobago 2012 Olympic squad and the victorious 2013 British and Irish Lions.”

“We are passionate about golf at the Vale Resort, and our two championship courses have themselves been host to a number of European Tour tournaments over the years, including the 2006 and 2007 Wales Seniors Open, and a number of Challenge Tour events. I am sure the facilities available will appeal to any of the players looking to warm up for the competition, or fit in any last minute practice before the tournament starts. Additionally our pool and excellent fitness facilities are also a big attraction for off course relaxation and rehabilitation. It will be very exciting to have such a collective sporting legacy under one roof and the players can expect a very warm welcome next month.”

The Senior Open Championship was first played in 1987 and became an integral part of the European Senior Tour from 1992. Many of the greatest names in world golf have won the prestigious title and the event attracts in the region of 30 Major Champions each July.

American Mark Wiebe will defend the title he won at Royal Birkdale in 2013.

About the Vale Resort:

The breakdown on the Customer Journey to Online Purchase