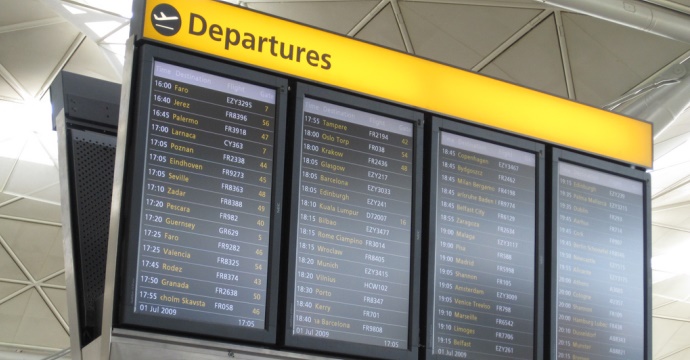 International Tourism up by 5%

Data released earlier this month by the United Nations World Tourism Organization (UNWTO), reveals that international travel has grown by 4.6% in the first half of 2014. Just in the first six months of the year, an estimated 517 million international tourists have crossed borders, 22 million more when compared to the same period last year.

So far these results are in line with the UNWTO forecast issued earlier in the beginning of the year. For the full year of 2014, international tourist arrivals are expected to grow between 4-4.5% worldwide.

Growth was fairly consistent across all regions, with the Americas (+6%), Europe (+5%), Asia and the Pacific (+5%) all registering between 6-5% growth.

The most visited destination in the world continued its strong pace of growth as seen in previous years. Northern Europe leads this growth with +8%, followed by the Southern Mediterranean sub-region (+7%). The report mentions an improved consumer confidence in the region as well as the rebound of important traditional European source markets.

Particularly in South America (+6%), the hosting of the Football World Cup in Brazil led to some positive results in the sub region, and according to the UNWTO World Tourism Barometer receipts from international visitors in Brazil grew by 10% in the first half of the year, with a 60% increase in the months of June and July alone.

The region consolidated the trend of recent years, with South Asia leading the biggest growth with (+8%), followed closely by North-East Asia (+7%). Destinations such as Japan, Korea and Malaysia all posted double-digit growth rates, fuelled in part in regional tourism activity.

The region’s international tourism numbers have grown by 3%, lead by North Africa (+4%). Yet the current Ebola outbreak is expected to affect tourism activities for the remaining of the year.

International tourist arrivals in the Middle East are estimated to be down (-4%), however the report warns these numbers should be taken only at face value, as they are based on the limited available data in the region.

Traditionally strong markets such as Australia (+7%), US (+5%), France and Canada (both +3%) continue to show a consolidation of the rebound in travel expenditure abroad in part thanks to its still improving economies. The Italian market topped this growth with 8% in travel spending abroad.

One curious trend was the deceleration registered in emerging markets such as China and Russia. Although Chinese outbound expenditure continued to grow in the first half of 2014 (+16%), it grew less when compared to the same period last year (+26%). The same trend was noticed for Russian outbound travel expenditure, which grew only 4% this year, compared to a staggering 25% in the same period last year.

Even though demand generated by these two markets continues strong, travel intelligence company Skift highlights this as an important trend to watch out for, as many destinations and hospitality businesses start to alter their product offerings in order to meet the needs of these emerging markets.

Image Credits
Departure board image by Karl-Martin Skontorp via Flickr (CC BY 2.0)